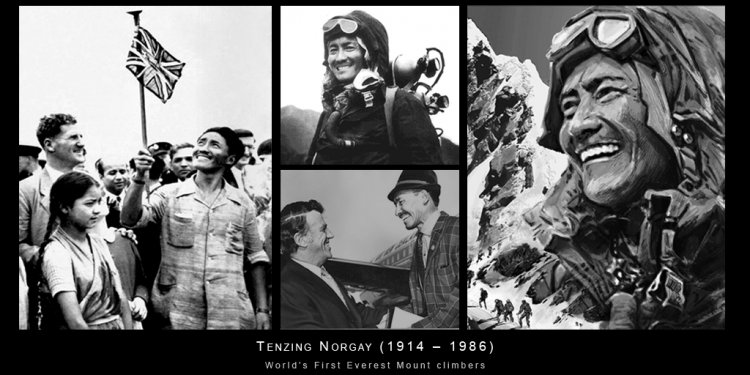 If Jeff Glasbrenner could travel back in time and tell his 8-year-old self something, he says it would be to find the new normal, but never look back.

To keep all possibilities open. That he can always do more.

That it's not the end of the road, but it's the start of a new journey.

To not listen to the doctors when they told him that he would have to avoid sports for the rest of his life.

To not listen to anyone when they tried to limit life's options. Like setting new world records, participating in one of the world's toughest races or conquering the highest-altitude mountain on the planet — with only one leg.

If Glasbrenner had minded his doctors, the Golden man wouldn't have recently been named the first American amputee to summit Mount Everest.

Although at first, he says, he did believe the limitations.

Glasbrenner was only in elementary school when he lost one leg in a farming accident. He says he was helping his dad cut hay on their Wisconsin farm, when Glasbrenner's pants leg got caught in the back part of the tractor that was spinning quickly.

"It took my leg off like a pencil sharpener, " he says.

His childhood was spent watching his sister perform as the best athlete in their small school, while his own sports urges had no outlet. Adults steered him away from sports, because they were afraid he would hurt himself, he says.

Then he left for college. That's where he met a coach who completely repainted his life. The coach introduced him to basketball, in a wheelchair.

Here, Glasbrenner had grown up nearly his entire life believing he couldn't play sports; it was 100 percent ingrained deeply into his identity, he says.

"I was picked on and teased and looked at because I was different. Kids can be cruel, " he says.

Then, there was this coach telling him he could. When he saw the new pathway, Glasbrenner says he committed 100 percent.

Immediately, Glasbrenner says he decided he would become the best wheelchair basketball player ever.

He could do more.

He had been told he could never run or swim. So he began running and swimming. That took him to the Ironman races. Glasbrenner competed in 25 full Ironman-distance triathlons, including one in Boulder, and the Isklar Norseman Xtreme Triathlon twice — considered the world's most difficult Ironman-distance race.

Route to the top

When Glasbrenner's family moved from Arkansas to Colorado for medical help for his daughter's seizure disorder, he learned about Boulder-based Paradox Sports, which organizes rock-climbing expeditions for people with physical disabilities. Paradox recently launched a new local program, bringing participants to the top of the Flatirons, and the nonprofit also organizes regular indoor climbing gatherings.

Glasbrenner says Paradox welcomed him and his 10-year-old daughter, as well as his wife and son, to an indoor climbing clinic in Denver. During the two hours on the wall, he says she was so engaged that she experienced no seizures.

"That was pretty amazing to experience that with her and the family, " he says. "It was something we could do together."

While there, he learned about the group's plans to climb the Grand Tetons in Wyoming in a few days. A teammate had been hurt and could no longer make the trip. Paradox had a spot open.

Although Glasbrenner hadn't done any climbing other than the two hours at the gym with his family, he volunteered for the open spot.

"I went with them a couple days later to the Grand Tetons, with no experience whatsoever, and they got me to the top, " he says. "Like with everything in life, if you surround yourself with the right people, you can do amazing things."

Paradox Sports is considered one of the leading adaptive sports programs in the country, says Mike Neustedter, executive director, of Boulder. For nine years, it has taught about 500 disabled people every year how to rock climb, he says.

Paradox runs adaptive rock climbing, ice climbing and mountaineering programs on some of America's most iconic peaks, such as Joshua Tree National Park and Yosemite.

Some participants, like Glasbrenner, are amputees. Others are disabled veterans, people with spinal cord injuries and people without vision or hearing, Paradox says.

Its programs are funded by grants and donations and supported by more than 150 volunteers, including some of the country's best professional mountain guides, Neustedter says.