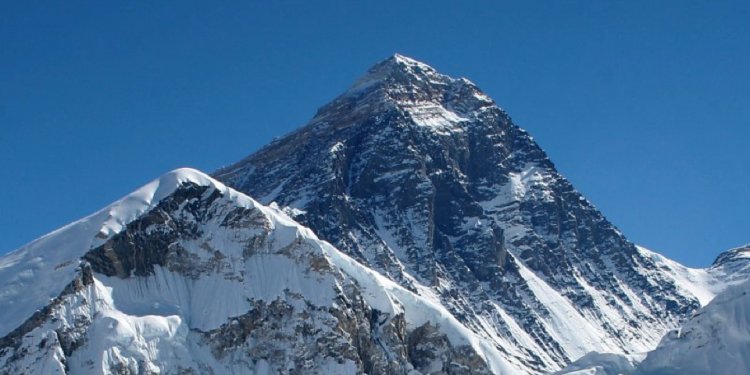 Tseten Sherpa, a 9-year-old boy from Nepal, plans to break a world record by becoming the youngest person to scale Mount Everest, the tallest mountain above sea level. But the 29, 035-foot summit (8850 meters) might not be his biggest challenge: scaling the mountain's peak comes with a hefty price tag.

Why does it cost so much to climb a mountain?

"The permit is issued per expedition, with about seven to ten people on each permit, " said Dennis Broadwell, owner of Mountain Gurus, a company that offers guided mountain treks to Mount Everest. "That way, the price comes out to $10, 000 a person."

If a mountaineer wants to buy a permit only for themselves, the price is $25, 000. Money collected by the Nepalese government for the permit goes towards ensuring that Mount Everest is kept pristine, as it is considered holy by the local villagers. Last April, a team of 20 Sherpa climbers trekked to the mountain's "death zone" (26, 000 feet above sea level and higher) to clean up the garbage leftover from decades of previous expeditions.

While it may seem that the permit would include a guided tour and accommodations for that price, it actually only covers the cost of admission to the mountain. People buy the permit so that, if they manage to summit the mountain, they'll receive a certificate from the Government of Nepal acknowledging their achievement.

The permit also grants them legal permission to be on Mount Everest, so that in the event of an emergency, Nepalese authorities will rescue the climbers in distress. However, those on the mountain without a permit are out of luck, since they are legally not supposed to be there and therefore won't be acknowledged.

The cost of the permit also goes towards paying for the liaison officers that stand guard at various camp stops along the trek. The officers monitor climbers' use of communication devices, help them get weather reports and make sure that mountaineers follow the strictly enforced climbing schedule, as no climbing is permitted on the mountain after 6 pm.

Not counting the permit fee, the total price of climbing Mount Everest is staggering, with just the "optional" expenses round-trip transportation, mountaineering guides, extra oxygen bottles, tents and communication devices easily totaling over $200, 000, according to the U.S. Federal Aviation Administration.

"A bottle of oxygen costs between $300 and $400, and each person should carry about five or six bottles during an expedition, " Broadwell told Life's Little Mysteries. "That's about two grand just for oxygen. The people that are seriously considering climbing Mount Everest are well aware of how much it will all cost."

But even if Tseten Sherpa puts together these funds, there's a good chance it will be all for naught. Last June, the China Tibet Mountaineering Association, which regulates all mountaineering expeditions in China-controlled Tibet, passed a law forbidding anyone under the age of 18 from scaling the treacherous mountain. Climbers must be at least 16 years old to climb the Nepali side.