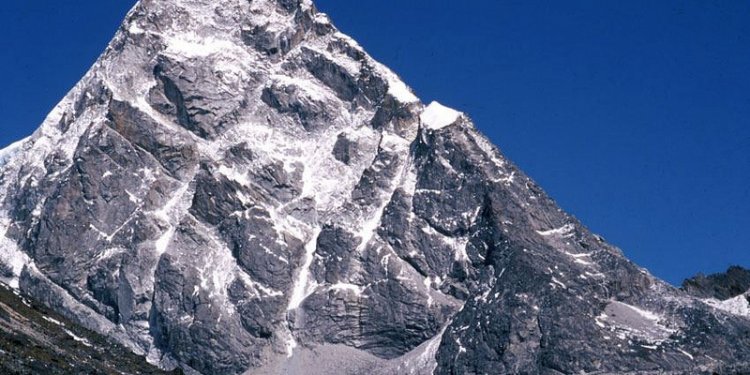 The route used by mountaineers to scale Mount Everest is to be changed amid fears of an increased avalanche risk.

Nepal will change the path next month after a deadly collapse in 2014 killed 16 Sherpa guides - the worst single loss of life in expedition history.

The current route up the mountain has been in use since the 1990s.

Mountaineers will now take a more central route after Base Camp, avoiding the left side of the Khumbu Icefall, where last year's accident occurred.

Their protest at Base Camp led to the cancellation of all expeditions to Everest.

The Nepali government is seeking to improve safety at the start of the 2015 spring climbing season.

"We think the risk of avalanche in the left part of the Khumbu Icefall is growing and we are moving the route to the centre where there is almost no such danger, " said Ang Dorji Sherpa, chairman of the Sagarmatha Pollution Control Committee, an organisation authorised to set the route of Everest expeditions.

Ropes and ladders had already been imported from countries including the UK and will be fixed into position along the new route, he added.

The central route up the mountain immediately after Base Camp is not actually new. It was the path used by mountaineers more than two decades ago.

But in the 1990s, the route was changed to run up what is known as the "west shoulder" because it was shorter and easier to climb, even for inexperienced mountaineers.

The downside was that the avalanche risk there was greater.

"The route through the centre part will be difficult and time consuming but it will be relatively free from the risk of avalanche, as the ice cliffs and hanging glaciers [along the west shoulder] are comparatively far away from it, " said Mr Sherpa.

One of the demands of Sherpas during their protest last year was for the Nepali government to allow the use of helicopters to drop heavy equipment at Camp One - the next stop for climbers after leaving Base Camp.

This would free Sherpas from carrying heavy loads and reduce the frequency of their trips through treacherous parts of the route.

Porters, many of them from the Sherpa community, pass through the Khumbu Icefall 30-40 times during the climbing season, carrying heavy loads.

Foreign operators have sided with the Sherpas on this issue, but Nepali expedition operators disagree.

"Nepal's law does not allow even rescue helicopters above base camp mainly because of the environmental fragility of the mountains and we agree with that provision, " Tika Gurung, an executive member of the Expedition Operators' Association of Nepal.

The government has not agreed to any change on the use of helicopters, though it may hope that shifting the route will assuage some of the Sherpas' anger.

Both foreign and Nepali expedition operators have welcomed the decision to move the climbing path.

Figures show nearly 40 climbers, most of them support staff of expedition teams, have died in the Khumbu Icefall.