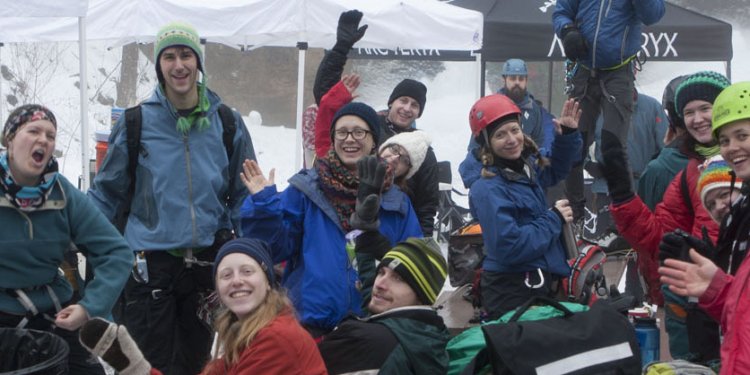 When Dave Everson read an ice climbing article a while back that described this winter activity as "a masochistic pastime for oddballs, " the suburban Chicago resident knew he'd have to give the sport a try.

Already a mountaineer and rock climber, he'd been in situations where knowing how to safely navigate ice on glaciers would have saved him time and energy. And the idea of climbing straight up frozen waterfalls was something that intrigued him from the start.

Since then, Everson – the creative director for an ad agency – has climbed extensively in Wisconsin at Wyalusing State Park south of Prairie du Chien, Governor Dodge State Park north of Dodgeville, along the Wisconsin River near Lone Rock and at other sites around the Upper Midwest.

From clumsy beginner to graceful alpinist

"I like it because it is incredibly challenging, " said the 52-year-old Everson. "... From that first class, I fell in love with it because it was so cool being out there on the ice. Now I climb a lot with Joel Taylor, who runs Vertical Adventure Guides."

In the beginning, Everson said ice climbing seemed counterintuitive. Now, moving up a 70-foot frozen waterfall at Wyalusing is a breeze for him.

"It just appeared to be so wrong to even try to go up a slippery surface like that, " he said. "And before you get the technique down, it feels like it strains every muscle in your anatomy. But I was determined to learn, in part because the people who are good at it made it look graceful. Not necessarily easy, but they could go right up those frozen waterfalls. It's all about saving energy, not having that death grip on your ice axe, staying balanced and using your legs more than your upper body."

'Not always about getting to the top'

Everson first climbed with Taylor on a grain silo covered with ice. Since then, he's climbed extensively with him and watched him teach plenty of novices.

"I've seen him work with teenage girls so they get it, " Everson said. "He's a super patient person who's willing to take the time to instruct people who want to take a stab at the sport. And it's not always about getting to the top, especially in the beginning. It's about being out there in the winter and gaining confidence."

Taylor, who is also 52, said he was attracted to ice climbing because it "seemed cool, no pun intended."

"I love just being out there and looking at the formations on the ice, " he said. "And watching it change from day to day is fascinating, too. It still amazes me how you can climb it without falling off."

Gear and outfitters to give it a try

Climbers wear harnesses and are protected from slipping more than a few feet by ropes anchored from above if they do lose their grip.