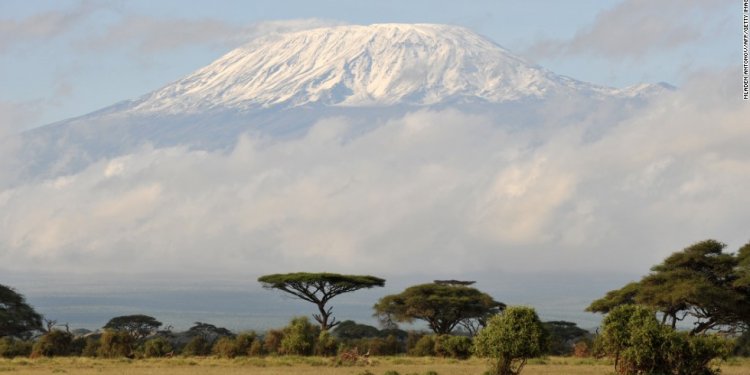 The snow line is restricted to the highest peaks, specifically Mt Kilimanjaro (5900 m) and Mt Rwenzori (5109 m), and on no other African mountains. In African mountains, there is no real 'tree line' – although there are zones of unique woody vegetation – including bamboo and giant heather. On Mt Kenya, the 'tree line' is a complex mosaic of different elements including tree Senecios. Rwenzori and its peaks have five vegetation zones, ranging from tropical rainforest through alpine meadows to snow. The Rwenzori mountain range supports its own species and varieties of giant groundsel and giant lobelia, including a 'six metre high species of heather covered in moss' that is found on one of its peaks. Mt Kilimanjaro has also has a mosaic of zones with woody tree-like Lobelias. Further south, the Lesotho Drakensberg (+/-3000 m) is different. Thabana Ntlenyana in Lesotho is the highest point (3482 m) and has grasslands and wetland vegetation at high altitude rather than wooded elements.

In general, the mountain ranges and peaks of Africa are known for their unique and highly adapted and zoned vegetation, often adapted for UV radiation, drought and cold. There is now growing concern about the glacial retreat evident in Africa's glaciated mountains. For example, Rwenzori's and Kilimanjaro's glaciers are rapidly disappearing, with unknown consequences on both mountain biodiversity and on lowland human activities that depend on glacial melt water.