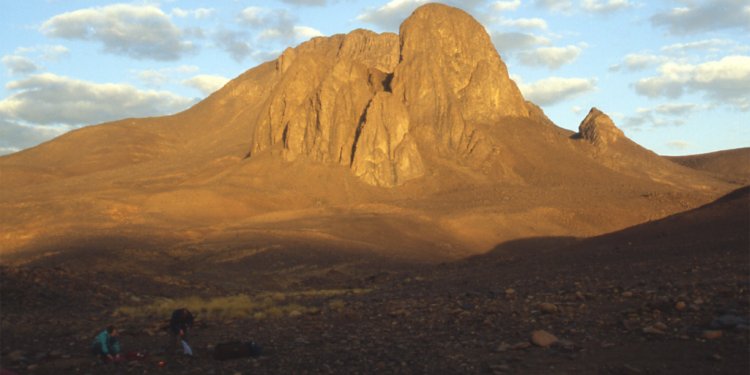 The Hoggar Mountains, also known as the Ahaggar Mountains, rear up out of their sweltering sandy base in Algeria’s forbidding southeast Sahara desert region. Volcanic in origin but severely eroded by wind and water over the long millennia, the Hoggar Mountains are not easy to get to but those who do make the arduous journey say that it’s well worth the time and trouble. The nearest town to the Hoggar Mountains is Tamanrasset (or Tamanghasset), a dusty oasis mainly populated by Algeria’s Tuareg people. This nomadic tribe has lived in the Sahara for millennia and they know the trackless desert wastes like the backs of their hands. A Tuareg guide hired in Tamanrasset can show you the most interesting areas of the Hoggar Mountains, and get you back to town after you’ve seen the sights.

Most visitors to the Hoggar Mountains travel on either the Hoggar Circuit or the Assekrem Circuit, taking about 3 days on each to visit most of the more notable places in the area while being as economical as possible with food, gas and water. If it has rained lately, than the village of Tamekrest is a must-see attraction. An impressive waterfall tumbles off the heights and brings life-giving water to the desert oasis below.