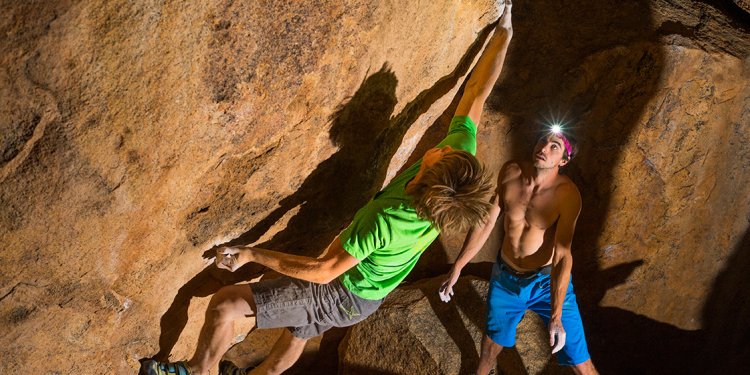 At some point in the course of climbing’s history, the idea equating tighter shoes with higher performance became a truth as unassailable as the granite of El Cap. The culture of tight shoes took hold in the community, persuading generation upon generation to perpetuate this masochistic ritual of binding one’s feet in painfully tight shackles of rubber and leather, pushing through the discomfort, and later raving about how much “fun” climbing is.

My feet have actually shrunk a whole size after nearly 15 years of crunching my little piggies into the tightest-fitting climbing shoes I could stand. I was as deluded as anyone about the gains in performance I’d get from bound feet. Well, I stand here today, hobbit-footed and humbled, to tell you that your shoes are too tight, too stiff and too painful. And they’re not only holding back your climbing, but causing lasting damage to your feet.

Bunions. Corns. Nerve or blood vessel compression (which causes that tingling sensation you feel after edging in a pair of tight, new shoes). Hallux valgus (when the big toe becomes angled in). These are just some of the problems associated with wearing overly tight shoes.

A 1998 study published in the Journal of the American Podiatric Medicine Association surveyed 104 rock climbers and discovered that 81% of them suffered acute or chronic pain during or after climbing. “The authors propose that this morbidity has biomechanical [causes] related to the common practice among rock climbers of wearing climbing shoes that are smaller than their street shoes.”

There are other problems with wearing too-tight footwear. When the toes are bonded into one unit—as they are in tight climbing shoes—it makes it very difficult for the foot and ankle to absorb the impact of a fall. This could easily explain all the boulderers you see out there hobbling around on crutches.

Another concern is how tight-fitting climbing footwear will impact the development of a child’s foot. According to the blog of Tom Bond, a physiotherapist in the U.K., “Any children’s shoes that are too tight or too small will limit the growth of a child’s foot at the key stages of their development. A poorly developed foot will impact a child for the rest of their life.” He cites a study of the German Junior National Team, which found a correlation between incidences of hallux valgus and time spent climbing indoors. In other words, the longer you wear tight-fitting shoes, the more likely your foot is to become deformed. Bond suggests that climbing footwear for kids should be flexible, not cut into the Achilles tendon, not contain too much cushioning, not be restrictive, and be well ventilated because kids’ feet tend to sweat a lot. And because kids can grow three shoe sizes in a year, shoes should be checked and replaced often.

My theory about the origin of the culture of tight-fitting shoes is that it’s related the fact that early iterations of climbing footwear were so poorly designed, climbers sized their shoes down in order to compensate for what was, essentially, bad fit.

There is actually very little evidence to support the idea that super-tight shoes increase performance. I recently finished reviewing 21 new climbing shoes for 2014. At this point, I’ve tested more than half of the climbing shoes on the market. After trying on so many models after so many years, my opinion about what makes a great or high-performance climbing shoe has changed in some ways, and stayed the same in others.