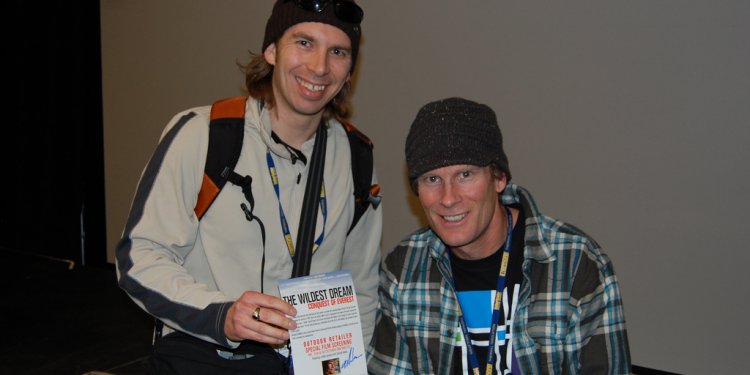 Another climbing season has finished on Mount Everest, with the inevitable tales of tragedy and triumph.

Since 2000, an average of seven people a year have died on Everest. The past two years were especially grim: 19 people were killed by an earthquake-triggered avalanche in 2015, and 16 died in 2014.

More than 300 foreign climbers summited via the two standard routes up Everest, which are established every year entirely by Sherpas. They are the ones who guide the climbers, put up the ladders in the treacherous Khumbu icefall, put up the tents and stock them with food and fuel, hump the oxygen bottles up high on the mountain, and string a rope line from basecamp to the summit, which climbers clip into to keep from falling off.

This is how Everest is climbed today. Sherpas do all the heavy lifting, making perhaps $5, 000 in two months, while clients pay up to $100, 000 for a chance to stand on the summit. Without supplemental oxygen or fixed lines, there would be no guiding on Everest and precious few ascents.

Of course, it wasn’t always this way.

In 1953, New Zealander Edmund Hillary and Nepali Tenzing Norgay had to find their own way to the top – without lines or outside help. Decades later, in 1978, super-alpinists Reinhold Messner and Peter Habeler accomplished the first oxygenless ascent of Everest.

At the time, pundits and prognosticators insisted summiting Everest this way, at 29, 029ft, was a physiological impossibility. They wildly opined the mountaineers were on a suicide mission – but the naysayers hadn’t done their homework. Back in 1924, during the third British expedition to Everest, expedition leader Col Edward Norton climbed to within 900ft of the summit without oxygen, in tweeds no less.

Messner went on to astound the world by climbing Everest solo without oxygen in 1980, and in 1986 became the first person to climb all 14 of the world’s 8, 000m peaks, never using oxygen. That same year Swiss climbers Jean Triollet and Erhard Loretan climbed the north face of Everest with no ropes and no oxygen in less than two days – a mountaineering achievement unmatched to this day.

The use of supplemental oxygen on Everest has been an unspoken issue ever since. Some purists maintain that it was not Hillary and Norgay that made the first “true” ascent of Everest, but rather Messner and Habeler. But this is to judge former accomplishments by today’s refined standards.

“For me it was incredibly liberating, ” Arnot, 32, told me by phone. “I thought it was going to be dangerous, that I might slip into a fog, but I was very aware of everything the whole time.”

Arnot had wanted to climb Everest without oxygen from the beginning but had ended up summiting five times with Os, twice guiding the mountain.

“This was my last attempt, no matter what. I was ready to accept that I couldn’t do it without oxygen, but everything just came together.”

Although Arnot managed to remain cognitively sharp (relatively), the physical demands of climbing Everest without supplemental oxygen she described as “exponentially more difficult, non-quantifiably more difficult”. On her fastest ascent of Everest, in 2013, Arnot went from Camp IV, at 26, 000ft on the South Col, to the summit and back down in five hours. On her oxygenless ascent this May, it took her 22 hours to go from the 27, 000ft camp on the north side to the summit and back down to that camp.

“I was destroyed, ” she said, “plus when we got back to camp, we had no water, no sleeping bags, no stove.”

Arnot was the first American woman to reach the top of Everest and get back down alive without oxygen. (American Francys Arsentiev climbed Everest without oxygen in 1998 but died on the descent.)

Amazingly, Arnot stood on the summit just after Ecuadorian climber Carla Perez, who also summited without oxygen. Perez and Arnot became only the sixth and seventh women to climb Everest without oxygen, a precedent set back in 1988 by New Zealander Lydia Bradey.

Arnot and her partner Tyler Reed (who used oxygen) were forced to bivouac for the night at 27, 000ft in a wind-battered tent, so she ended up spending more than 30 hours in the death zone without oxygen.

“Getting back down to advance basecamp was by far the hardest day of my life.”

Cory Richards, a professional alpinist, had also dreamed of climbing Everest without oxygen from the beginning, but on his first trip to the mountain, in 2012, he got ill and had to return to basecamp.

“I wasn’t physically or psychologically prepared for the climb in 2012.”

But this year, Richards trained with famous American alpinist Steve House. Eventually he could do five hours on the treadmill, or two hours of box steps wearing a pack, or a whole day of hiking mountains without food, near his home in Boulder, Colorado. Richards, 35, has been climbing since boyhood, and this time he was ready.

“Most people climbing without oxygen slow down a lot above 8, 000m, but this didn’t really happen to me. I felt OK. I just kept plodding away, checking in on the radio every half hour.”

Richards’ partner, mountain guide Adrian Ballinger, was also climbing without oxygen but became so cold he had to turn back. Cory pushed on through the night alone, reaching the summit not long after sunrise.

“I spent only three minutes on top, then bailed, ” Richards said.

After 11 hours of solo climbing, Richards was back down at the 27, 000ft camp, then he and Ballinger descended all the way to advance basecamp. Richards said it was one of the hardest things he’s ever done.

“Within the professional climbing community, the idea of climbing Everest with oxygen is viewed as pedestrian. If you are a serious alpinist and want to climb Everest, you have to at least try it without Os. The real challenge is a new route with no oxygen, no fixed lines and no Sherpas.”

Like other sports, the game of Everest has evolved. French cyclist Jacques Anquetil, who won the Tour de France five times in the 1950s and 1960s, openly admitted to using amphetamines. Once these were banned, Tour cyclists shifted to other performance-enhancing substances. By the reign of Lance Armstrong, blood doping was the ubiquitous albeit illegal drug of choice. What is fair in the early epoch of a sport may no longer be acceptable as the sport matures.

Over a decade ago, Robert “Brownie” Schoene, an imminent high-altitude physiologist at the San Diego School of Medicine, told me point blank that in mountaineering, “oxygen is a performance-enhancing substance … it’s like blood doping in cycling.”