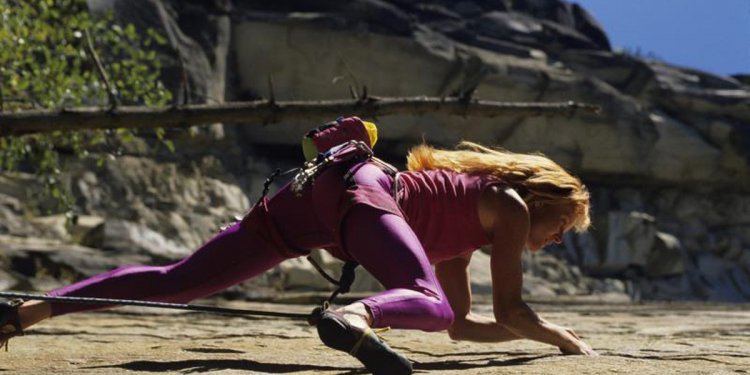 Accessory cord—Nylon, Kevlar® or Spectra® cord sold in a range of diameters, typically smaller than those of climbing ropes. Used for a variety of things including slings, anchors, prusiks, and emergency tie-offs. Accessory cord is static, or very low stretch.

Aid climbing—A type of climbing that makes use of rope, fixed bolts, pitons or foot slings, rather than features on the rock itself, to ascend the face. Opposite of free climbing.

Anchor—A point of attachment for a climbing rope, usually made with slings, runners or the rope itself. May be top-rope anchors, belay anchors or a protection piece mid-climb.

Approach—The route or walk in to the base of a climb.

Ascender—Any mechanical device that slides upward when put on a fixed rope but catches when weight is put on it, allowing a climber to use the rope to move upward or to haul gear. Used in aid climbing, mountaineering rescue and caving.

ASTM (American Standards for Testing and Materials)—Establishes materials specifications and testing standards in the United States.

Auto-lock—Spring-loaded, twisting mechanism on a carabiner gate that locks by itself when the gate is closed.

Backup—Any additional protection that is added to provide redundancy to an anchor.

Barn door—To swing sideways out from the rock due to being off balance. Often occurs with a lie-back maneuver.

Bashies—Malleable anchors that are literally bashed into small cracks for use in aid climbing. Tough to remove.

Belay—To keep a climber from falling too far by using friction on the rope. The system that stops a climber's fall. It includes the rope, anchors, belay device and the belayer.

Belayer—The person who manages the rope so as to catch the climber on the other end in case of a fall or a slip.

Bent-gate carabiner—Sport-climbing carabiner used on the rope-clipping end of a quickdraw. The bent gate provides a larger opening than straight-gate carabiners provide for clipping in the rope.

Beta—Information about a climb. "Running beta" is information given while the climb is being executed.

Bight—A bend in a rope or a folded section of rope.

Biomechanics—The study of the mechanics of muscular activity.

Bivouac—A usually temporary encampment under little or no shelter. In terms of climbing, an overnight stay on a wall during a multi-day climb, or sleeping without a tent in a bivy sack during a climb.

Board-lasted—Shoe construction in which the upper is attached to a stiff insole (also called the board). In board lasting the insole is fixed to the last/form, then the upper of the shoe is wrapped around this assembly. In the final step the midsole, rands and finally the outsole are attached to the shoe.

Body belay—Belay technique using friction of the rope passing around the belayer's body to slow and hold a fall. It is often painful for the belayer and not effective in every situation, but can be used in emergency situations if no belay device is available.

Bolts—Metal expansion bolts drilled into the rock for use as protection on sport or aid climbs. Hangers are attached to the bolts for clipping in your rope.

Bombproof—A hold or anchor that is thought to offer the utmost security; for example, a top-rope anchor around a large, stable tree trunk or immovable boulder.

Bottleneck—A crack with converging sides. Good for placing tapers or other passive protection.

Bouldering—Climbing close to the ground without the use of a rope. Typically used for practicing traverses, weight transfers, and foot and hand placements. Can be done on boulders or at the base of a rock face.

Bowline—(pronounced BO-lin) A knot frequently used for tying the middle climber onto a glacier rope team, among other uses.

Camming—The act of rotating into place until wedged or tight.

Camming device—A piece of climbing protection that wedges into a crack or pocket by rotating. Can be a passive cam or a spring-loaded device with two or more camming pieces on a stem.

Carabiner—Metal loop (usually aluminum) with a spring-loaded gate on one side used for connecting various parts of a climbing system. May be oval, pear- or D-shaped. Also "karabiner", " 'biner" or "krab".

Caving—The sport of cave exploration using many of the same techniques and gear as climbing.

CEN (European Committee for Standardization)—Establishes the minimum safety requirements for climbing gear. The organization's stamp ("CE") must appear on all climbing gear sold in Europe. See .

Chalk—Carbonate of magnesium, or gymnasts' chalk, used to keep a climber's hands dry for better grip.

Chalk bag—Small pouch, usually with a drawstring closure, worn on the harness to hold climbers' chalk.

Chest harness—A harness used in conjunction with a seat harness to keep the body upright in case of a free fall (into a crevasse, for instance). Also supports the body when rappelling with a heavy pack.

Chimney—Wide, vertical crack large enough for a climber to fit inside and climb. A move done inside the chimney by using opposing force with the feet and the body.

Chock—Universal term applied to passive protection piece wedged into cracks for use as a rope anchor during a climb.

Chockstone—Rock or stone tightly wedged in a crack. Originally used for climbing protection by girth-hitching a runner around it and clipping the rope in. Precursors to metal chocks.

Clean—A route that is free of vegetation and loose rock. Also, to remove protection as you second, or follow, a lead climber.