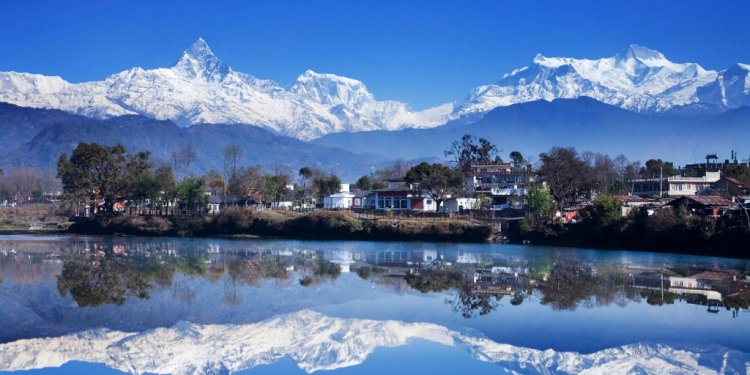 On March 24, Mingma Sherpa and his 12-member expedition team stood on the summit of Annapurna (8, 091 meters; 26, 545 feet)—the tenth highest and most dangerous mountain in the world. Two of those climbers wouldn’t make it back down.

Samuli Mansikka, of Finland, and Pemba Sherpa, from Sankhuwasava, Nepal, died in a fall while descending from the summit in the dark.

The goal of the expedition team—consisting of seven foreign climbers, six Nepali climbers and two cooking staff—was to find a new, safer route up the mountain.

Summit Count: Mt. Everest, 6, 971. K2, 385. Annapurna, 204.Mingma Sherpa had seen a possible route, farther from avalanche fields, when he attempted Annapurna in 2014, and having failed to summit that year, returned this season.

The team succeeded in finding what they believe to be a safer variation up Annapurna, in terms of avalanche danger, but lost two lives during the descent.

Mingma Sherpa named the new route Rolwaling Route, after his hometown. Their ascent is the only ascent of an 8, 000-meter peak so far this season.

It took [a] long time to reach the French couloirs and it was our bad luck because we already lost our calculated time but all team members wanted to continue because we were closer to summit. Going through French couloirs was not easy too. It was deep snow and stepping on such snow was very time consuming and unsteady.

So, we just kept moving. Closer to the summit, my eyes were getting watered. My aim of climbing Annapurna was getting closer and closer. Finally at around 2:50 p.m., we reached the summit.

Annapurna has been always my dream so the moment was one of the most important and happiest for me. It was [a] really nice moment because we all, 13 climbers, were on the summit and it was one of the biggest successes on Mt. Annapurna.

[After] taking pictures, we left the summit. As soon as we passed the French couloirs, Pemba moved forward continuously without saying anything. Nobody knows the reason why he went like that. Some of our members tried to call him but he didn’t listen and wait.

We followed Pemba’s footprints and continued to descend. There came [a] point where we couldn’t move forward because we felt we are lost. We tried to move down but we didn’t find [any] clues. Kazi and Nima went to find the way but couldn’t. We all were on a rope that we fixed there.

I heard Nima say Sameli fell down while coming back to [the] rope. I got shocked at that point. I looked down and saw a torch light so I thought Sameli was stuck there. Keeping Aydine and Nima Wangchhu on the rope, I went down to the light to see if he was there.