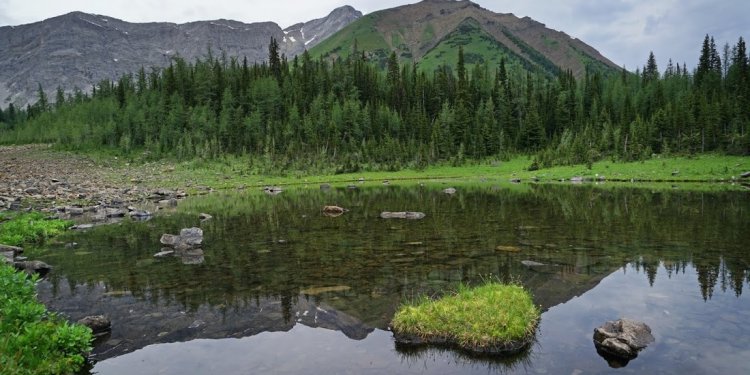 ” The best thing people can do for bears is replace misconceptions with facts.” – Dr. Lynn Rogers

Bears have fascinated humans for millennia. As one of the most adaptable and versatile mammals on earth, their behaviour stirs fear, awe, wonder, and curiosity in us. Unfortunately, there are still many myths surrounding the lives and behaviour of bears that negatively impact our relationships with them.

Stories of ferocious attacks by blood-thirsty bears on defenceless hikers make great lead stories in the media. The overwhelming sense conveyed in these stories is that bears are dangerous, mean creatures that are an extreme threat to people in any circumstance. This, of course, is inaccurate at best and unhelpful at worst.

Another commonly held myth is that bears are cuddly creatures that resemble the teddy bears we owned as kids. While there is no doubt that bears have the power to trigger children’s imaginations, it is important that the stories we share with our children be based on facts rather than fantasy.

It is important to dispel both myths – the one based on fear, and the other based on a misplaced belief that bears are tame cuddly animals.

Bears are intelligent and resourceful wild mammals that deserve our respect. A greater knowledge of the behaviour, ecology and habitat needs of bears is crucial if we are to learn to co-exist peacefully with these magnificent creatures.

Fact: Bears use body language and vocalizations to show their intentions. Learning about bear behaviour can be beneficial to people who live or recreate in bear country.

Fact: Bears can run more than 60 kilometers an hour, and they can do it up hills, down hills or along a slope. To put that in perspective, that’s 15 m/sec or 50 ft/sec – more than twice as fast as we can run. In fact, a bear can outrun a racehorse over short distances but has little endurance.

Myth #3: A bear standing on its hind legs is about to charge

Fact: Actually, a bear standing on its hind legs is just trying to better identify what has caught its attention. As I’m sure you’ll agree, it’s much easier to see, hear and smell things from a standing position, than down on all fours.

Myth #4: Once a bear has tasted human food, he won’t eat wild food any more

Fact: Bears prefer natural, wild food unless it is difficult to find and human food is too easy to get. Even the worst food-conditioned bears still eat natural foods whenever they’re plentiful. Conflicts usually increase when natural foods run out – a good time to be more vigilant of bear attractants on your property; such as bird feed, pet food, fruit trees/berry bushes, barbecue grease and compost. Click here to learn more about how to become Bear Smart.

Myth #5: Bear bells are the best way to avoid a surprise encounter

Fact: It’s best to alert bears of your presence by talking loudly, singing songs or breaking sticks. Try to hike in a group, on established trails, during daylight hours. See our Play section for more information.

Fact: Despite all their timidness on the ground, black bears seem to feel more courageous in trees. Bears sometimes kill each other by throwing their opponents out of trees. The bear below has the advantage because the bear above cannot easily hang on and face downward to fight back. Also the lower bear seems confident of these advantages and some bears have even come up trees after people who thought climbing was prudent. Grizzlies, too, can climb – perhaps not as quickly, but they have been known to attack people who climbed trees to escape. See our Play section for more information.

Fact: Although classified in the order carnivora, grizzly and black bears are omnivores because they eat both plants and animals. Only a small percentage of their diet consist of meat, which includes fish, insects and other mammals (the exact percentage is dependant on the type of food is available in their habitat).