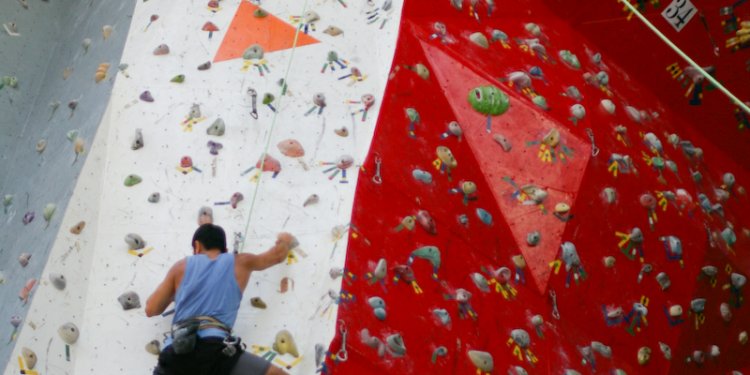 We thought we’d sneak in one more late-afternoon route after the rest of the ice climbers left for the day, and I felt like I was getting away with something as my girlfriend Hilary belayed me from the top of a mellow-stair-step ice flow on the north-facing wall of the Uncompahgre Gorge.

I methodically sunk the pick of my right ice tool into wonderful plastic-feeling ice, then scanned for a spot for my left tool. Thunk. I pulled on both tools, popped my right crampon front points out of the ice, moved my boot a few inches higher, and kicked it in.

Thunk. Then my left crampon. Thunk.

A hiss came from somewhere above me, and I hung from my tools and my toes for just a second before the spray of water hit me in the face. Crap. The sprinklers. That’s why everyone had emptied out of the Ouray Ice Park and left us by ourselves.

Without looking at my watch, I knew it must be 4 p.m., when the park “closes” and the sprinklers come on to refresh the farmed ice overnight before the next day’s climbers come in to climb the walls here.

I smiled and climbed the last 15 feet to the top just a little faster.

The Ouray Ice Park, in the town of Ouray, Colorado, is not a climbing gym. But, I tell people it’s the best climbing gym in America.

It’s a few hundred feet from a handful of hotels (you could probably start eating a bowl of cereal from the continental breakfast at the Box Canyon Lodge & Hot Springs at the south end of town as you begin your walk to the park and still be spooning it into your mouth as you enter the park), has more than 200 routes (most of which you can toprope), and the approach to most of the climbs is so easy you hardly have an excuse not to bring an elaborate lunch and a giant thermos of hot chocolate in your pack.

The town of Ouray didn’t just get lucky and one day notice that it was situated next to a tight canyon magically packed with frozen waterfalls. It got lucky, but in another way.

Ice climbers had been putting up routes near the town starting in the 1970s, but nothing had materialized in the Uncompahgre Gorge until the day a climber noticed a leak in the hydroelectric pipeline running along the top of the south wall of the gorge had formed a giant icicle that hung down into the canyon.

He and a few friends explored the canyon, found more icicles dangling from the pipeline, and they rappelled down and climbed the ice back up and out.

In 1991, Gary Wild and Bill Whitt bought a hotel in Ouray and started brainstorming about an ice park in the gorge, and eventually convinced the owner of the easement where the hydroelectric pipeline ran through the canyon into granting them permission to try it.