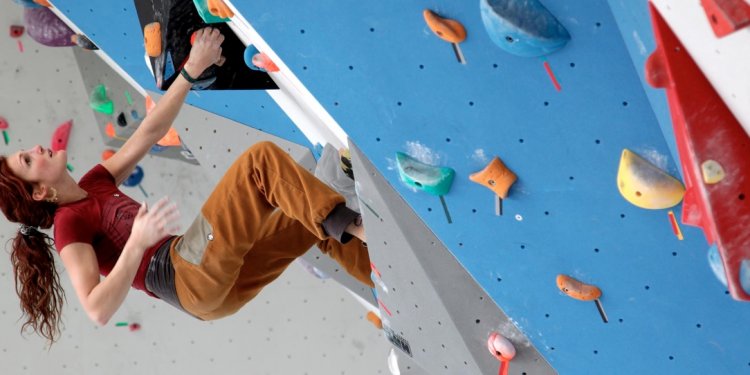 NEW YORK CITY — Juliana Statius Muller has ventured as far away as Peru to climb, but knows of places to hone her skills closer to home.

"We don't live on the plains, somewhere as flat as a pancake."

From a wall on the side of a five-story building in Queens to a crag at West Point military reserve, Muller and other pros shared their top spots for outdoor climbs within two hours of the city. Whether you're a first timer or an expert — and whether you prefer an established surface or a hidden gem — DNAinfo New York has found options for you.

Mounted against a brick building at Long Island City's Queens Plaza, New York City's highest climbing wall, run by Outward Bound, offers climbers of all levels open sessions three evenings a week from March to September. At the five-story wall staff offer instruction and equipment for $25 (if you pay online) or $28 at the door. They'll teach you the most basic skills or push you to venture upwards on the most challenging route.

When Ruggiero wants to get off the beaten path in the city, he heads to Washington Heights' Edgecombe Avenue between 162nd and 163rd streets for a bouldering challenge.

"It's a straight sheer face that’s 12 to 18 feet high in spots, a perfectly flat face with all different kinds of holes all over it, " he said of the spot, which he said was "pretty unestablished" as a climbing spot and is a popular barbecuing destination for local residents.

For safety, climbers should set up mats and remain relatively close to the ground.

Two hours away from the city by bus (ones that leave from Port Authority every hour), the Shawangunk Mountains — known as the "Gunks" — draw flocks of city slickers for the rich climbing terrain, Statius Muller said of the area that has "blown up" with popularity in the past five years.

"It's almost like you haven’t left the city, " he said.

"Every time I go there I see people from the city and usually they're from Brooklyn. We've renamed it a 'Gunk Show.'"

While the crowds can be overwhelming, particularly on warm weekends, the pristine rocks and long expanse are well worth the journey to New Paltz, she said, adding that newer climbers can easily hire guides, such as the company High Xposure, to teach them the basics.

"It's wonderful how accessible it is, " Muller said of the stretch.

At the West Point federal military reservation 40 miles north of the city, climbers can clip into the rings of a climbing crag in so-called sport climbing — and the spot is less crowded than the Gunks, according to Muller.

The holes "were blasted away to make room for train tracks on the Hudson, " she explained of the wall that is visible from the train.