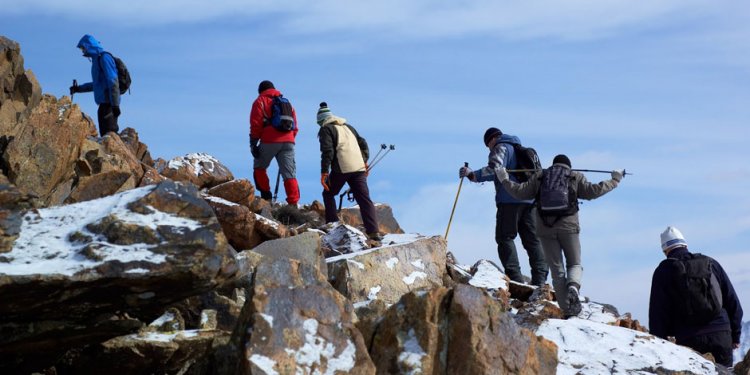 Q2. What life-threatening conditions are associated with high altitude?

High-altitude cerebral oedema (HACE) is a potentially fatal condition and represents the severe end of the AMS spectrum. It usually occurs over 3000m, with an estimated prevalence between 0.5% – 1.5% at altitudes between 4000-5000m. Symptoms include severe headache, confusion, ataxia, drowsiness, stupor and coma. Ataxia is the most sensitive sign, and should be considered an indication for descent.

High-altitude pulmonary oedema (HAPE) is the leading cause of death related to high altitude.

HAPE usually occurs within the first 2-4 days of ascent to high altitudes. It is characterised by decreased exercise capacity, dry cough, cyanosis, dyspnoea at rest and pink, frothy sputum. HAPE and HACE can occur together.

Q3. What is the pathophysiology of high altitude illness?

The cause of AMS and HACEis not entirely understood. A vasogenic mechanism is thought to be responsible for the cerebral oedema. Hypoxia-induced cerebral vasodilation and alteration of the permeability of cerebral capillaries are likely causes. Cytotoxic oedema may also play a role, with failure of the Na+-K+ ATPase due to oxygen radicals. HAPEis caused by heterogenous hypoxia-induced pulmonary vasoconstriction. HAPE prone individuals exhibit greater rises in their pulmonary artery pressure at altitude. The heterogeneity of the the response causes diversion of flow to the less constricted areas with subsequent capillary leakage. Diminished reabsorption of alveolar fluid is also likely to be important, with hypoxia inhibiting Na+ transport across the alveolar membrane.

Q4. Can these conditions be prevented?

Slow ascent is the best prevention.

“Above an altitude of 3000 m, individuals should not increase the sleeping elevation by more than 500 m per day and should include a rest day (ie, no ascent to higher sleeping elevation) every 3 to 4 days.” — Luks et al (2010) ‘Sleep low, climb high’ — ideally, sleep at less than 2500m altitude on the first night, and sleep at a lower altitude than the altitude reached during the day.

Acetazolamide is the most effective prophylaxis. It is a carbonic anhydrase inhibitor that causes a bicarbonate diuresis and metabolic acidosis. It increases the hypoxic ventilatory response, decreases CSF production and may also have effects on the perripheral chemoreceptors. It is usually well tolerated. Side effects include paraesthesia and metallic taste. Dexamethasone has been shown to be effective in the prevention of AMS, although it is usually reserved for short exposures (
Source: lifeinthefastlane.com