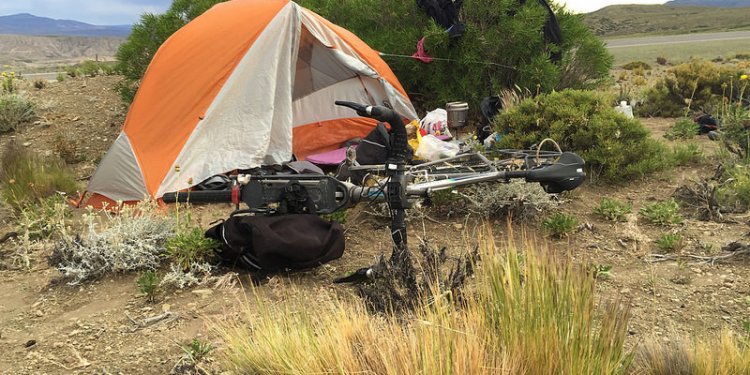 Why do people climb Mount Everest?

The journey to the summit of Mount Everest is a challenge an increasing number have taken on since the summit was first reached in in 1953 by Sir Edmund Hillary and Tenzing Norgay. Until the late 1970s, only a handful of climbers per year reached the summit. By 2012 that number rose to more than 500.

Explorers are seen in 1922 at Camp II on the East Rongbuk Glacier. That same year, seven Sherpas were killed when they were caught in an avalanche during an expedition led by George Mallory.

George Mallory and Edward Felix Norton reach 27, 000 feet on the northeast ridge of Everest in 1922. They failed to reach the summit.

Mallory returns to Everest In June 1924. He's seen here with his climbing partner Andrew Irvine at the base camp. This is the last photo of the the two before they disappeared on the mountain. Mallory's body was found 75 years later, showing signs of a fatal fall.

Mountaineers are seen preparing to leave their camp during one of Eric Shipton's early expeditions on Everest in the 1930s. While Shipton never made it to the summit, his exploration of the mountain paved the way for others.

Shipton is also known for discovering and photographing footprints of an unknown animal or person, like this one taken in 1951. Many attributed these to the Yeti, or Abominable Snowman.

Edmund Hillary sits at base camp in May 1953 before heading out on what would become the first successful ascent to the top of the world.

Hillary and Nepalese-Indian mountaineer Tenzing Norgay climb beyond a crevasse on Mount Everest in 1953. Upon meeting George Lowe, who had climbed up to meet the descending duo, Hillary reportedly exclaimed, "Well George, we knocked the bastard off!"

Members of a U.S. expedition team and Sherpas are shown with their climbing gear on Everest. The team, led by Jim Whittaker, reached the top on May 1, 1963, becoming the first Americans to do so.

On April 5, 1970, six Sherpas died in an avalanche at the Khumbu Icefall. The icefall, at the head of the Khumbu Glacier, seen here in 2003, is one of the more treacherous areas of the ascent.

British Army soldiers and mountaineers John "Brummie" Stokes and Michael "Bronco" Lane above the icefall at the entrance to the West Col (or western pass) of Mount Everest during their successful ascent of the mountain. The joint British-Nepalese army expedition reached the summit on May 16, 1976.

In 1978, Reinhold Messner makes the first ascent without supplemental oxygen. Messner is seen here at Munich Airport showing reporters his frozen thumb after climbing to the top of Nanga Parbat in Pakistan, alone and without an oxygen mask.

The 1996 climbing season was one of the deadliest, when 15 people died on Everest, eight in a single storm in May of that year.

Francys Distefano-Arsentiev became the first American woman to reach Everest's summit without bottled oxygen on May 23, 1998. However, she and her husband, Sergei Arsentiev, never made it off the mountain. They died after becoming separated while attempting to descend in the dark. At least one climbing party found Francys barely conscious, but there was nothing they could do to save her. Her husband's body was found years later. It is believed he fell while trying to save his wife.

Pemba Dorje Sherpa and Moni Mulepati became the first people to get married on Everest's summit, on March 30, 2005. The couple are seen here waving from base camp on June 2, 2005.

Sherpa climbers pose at Everest Base Camp after collecting garbage during the Everest cleanup expedition on May 28, 2010. A group of 20 Nepalese climbers collected nearly two tons of garbage in a high-risk expedition to clean up the world's highest peak.

Mountaineer Ralf Dujmovits took this image of a long line of climbers heading up Everest in May 2012.

Jordan Romero became the youngest person to reach the summit, at age 13, on May 22, 2013. Jordan, right, is seen here on the summit with one of the Sherpas who helped him make the ascent.