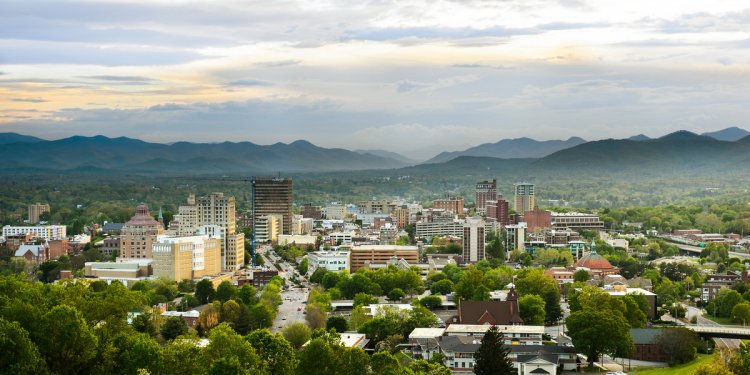 The Appalachian Mountains run for 1, 500 miles along the east coast of the United States from northern Alabama to Maine. The highest point of the Appalachians is 6, 684 feet at Mount Mitchell in North Carolina. The Appalachians are part of a temperate forest biome and are mostly covered with a variety of trees including pine trees, spruce, birch, and maple trees. Animals that can be found in the Appalachians include squirrels, cottontail rabbits, white-tailed deer, wolves, beavers, black bears, and the red-tailed hawk.

The Appalachians played an important role in the early history of the United States. They served as a barrier to expansion for the first colonies. At one point, Britain made a deal with the Native American tribes that colonists would not settle beyond the Appalachian Mountains. However, people soon found passes through the mountains and blazed trails beyond the mountains such as Daniel Boone's Wilderness Trail.

Some of the smaller ranges within the Appalachians include the Great Smoky Mountains, the Blue Ridge Mountains, Green Mountains, White Mountains, Longfellow Mountains, and the Berkshires.

The Rocky Mountains form the longest mountain range in North America and the second longest range in the world. They stretch 3, 000 miles north-to-south from New Mexico, across the United States to Montana, and well into Canada. The highest point of the Rockies is Mount Elbert in Colorado which rises 14, 440 feet above sea level.

The Continental Divide for North America is located along the Rocky Mountains. It is at this point that water flows either to the Atlantic Ocean in the east or to the Pacific Ocean in the west. The Rockies are known for their distinct seasons with warm, rainy summers and cold snowy winters. Much of the Rocky Mountains is covered with forests of spruces trees, pines, oaks, junipers, and firs. A wide variety of wildlife can be found in the Rockies including bighorn sheep, badgers, grizzly bears, black bears, coyotes, elk, bighorn sheep, and white-tailed deer.

The Rocky Mountains are considered fold mountains. This means that they were formed at a point where two of the Earth's tectonic plates meet.

The Sierra Nevada Mountain Range runs north-to-south along the west coast of the United States mostly in the state of California and some in the state of Nevada. It is around 400 miles long and 70 miles wide. The highest point in the Sierra Nevada Mountains is Mount Whitney at 14, 505 feet, which is also the tallest mountain in the lower 48 United States.

The largest trees in the world, the giant sequoia trees, live in the Sierra Nevada. They can grow up to 270 feet tall and over 25 feet in diameter. Some of these trees are believed to be over 3, 000 years old. The Sierra Nevada is also home to Yosemite National Park and Lake Tahoe.

The Sierra Nevada Mountains are fault-block mountains, meaning they were formed along a fault in the Earth's crust.