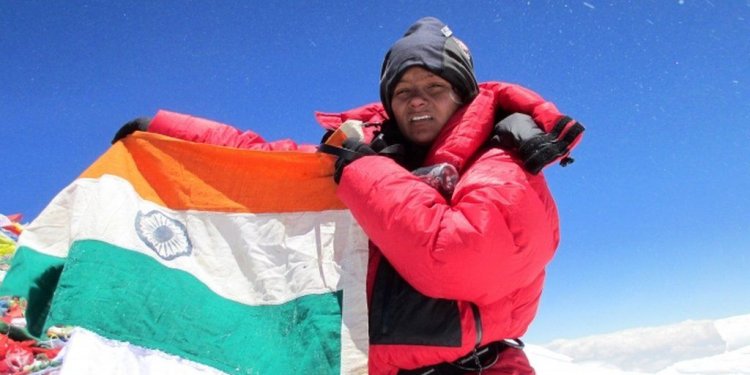 Many people still wonder if Mallory and Irvine might have been the first to make it to the top of Mount Everest. However, since the two men did not make it back down the mountain alive, perhaps we'll never know for sure.

The Dangers of Climbing the Highest Mountain in the World

Mallory and Irvine certainly were not the last to die upon the mountain. Climbing Mount Everest is extremely dangerous. Besides the freezing weather (which puts climbers at risk for extreme frostbite) and the obvious potential for long falls from cliffs and into deep crevasses, climbers of Mount Everest suffer from the effects of the extreme high altitude, often called "mountain sickness."

The high altitude prevents the human body from getting enough oxygen to the brain, causing hypoxia. Any climber who climbs above 8, 000 feet could get mountain sickness and the higher they climb, the more severe the symptoms may become.

Most climbers of Mount Everest at least suffer from headaches, cloudiness of thought, lack of sleep, loss of appetite, and fatigue. And some, if not acclimated correctly, could show the more acute signs of altitude sickness, which includes dementia, trouble walking, lack of physical coordination, delusions, and coma.

To prevent the acute symptoms of altitude sickness, climbers of Mount Everest spend a lot of their time slowly acclimating their bodies to the increasingly high altitudes. This is why it can take climbers many weeks to climb Mt. Everest.

In addition to humans, not many creatures or plants can live in high altitudes either. For this reason, food sources for climbers of Mt. Everest are relatively nonexistent. So, in preparation for their climb, climbers and their teams must plan, purchase, and then carry all of their food and supplies with them up the mountain.

Most teams hire Sherpas to help carry their supplies up the mountain. (The Sherpa are a previously nomadic people who live near Mt. Everest and who have the unusual ability of being able to quickly physically adapt to higher altitudes.)

Edmund Hillary and Tenzing Norgay Go Up the Mountain

Edmund Hillary and Tenzing Norgay were part of the British Everest Expedition, 1953, led by Colonel John Hunt. Hunt had selected a team of people who were experienced climbers from all around the British Empire.

Among the eleven chosen climbers, Edmund Hillary was selected as a climber from New Zealand and Tenzing Norgay, though born a Sherpa, was recruited from his home in India. Also along for the trip was a filmmaker to document their progress and a writer for The Times, both were there in the hopes of documenting a successful climb to the summit. Very importantly, a physiologist rounded out the team.

After months of planning and organizing, the expedition began to climb. On their way up, the team established nine camps, some of which are still used by climbers today.

Out of all the climbers on the expedition, only four would get a chance to make an attempt to reach the summit. Hunt, the team leader, selected two teams of climbers. The first team consisted of Tom Bourdillon and Charles Evans and the second team consisted of Edmund Hillary and Tenzing Norgay.

The first team left on May 26, 1953 to reach the summit of Mt. Everest. Although the two men made it up to about 300 feet shy of the summit, the highest any human had yet reached, they were forced to turn back after bad weather set in as well as a fall and problems with their oxygen tanks.

Reaching the Top of Mount Everest

At 4 a.m. on May 29, 1953, Edmund Hillary and Tenzing Norgay awoke in camp nine and readied themselves for their climb. Hillary discovered that his boots had frozen and thus spent two hours defrosting them. The two men left camp at 6:30 a.m. During their climb, they came upon one particularly difficult rock face, but Hillary found a way to climb it. (The rock face is now called "Hillary's Step.)

At 11:30 a.m., Hillary and Tenzing reached the summit of Mount Everest. Hillary reached out to shake Tenzing's hand, but Tenzing gave him a hug in return. The two men enjoyed only 15 minutes at the top of the world because of their low air supply. They spent their time taking photographs, taking in the view, placing a food offering (Tenzing), and looking for any sign that the missing climbers from 1924 had been there before them (they didn't find any).

When their 15 minutes were up, Hillary and Tenzing began making their way back down the mountain. It is reported that when Hillary saw his friend and co-New Zealand climber George Lowe (also part of the expedition), Hillary said, "Well, George, we've knocked the bastard off!"