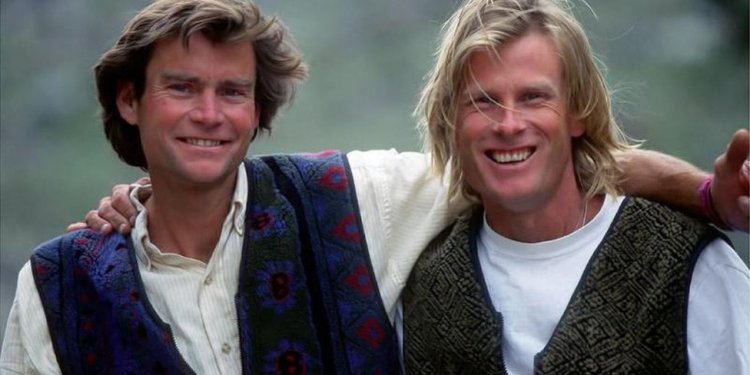 You can not just go and climb to the summit Mount Everest within a day or so of arriving at Base Camp, if you attempted this you would probably end up getting High Altitude Cerebral Oedema (HACE) or worse still, die.

Climbing any high mountain like Mount Everest is all about acclimatizing your body, getting use to the thin air, which is why the entire climb can take 6 to 8 weeks to reach its summit.

Much of this time is taken up by ascending and descending the mountain, to and from different camps, this is called the acclimatization period.

Once at Base Camp (Nepal South side) you usually spend 3 or 4 days acclimatizing before making your first move up the mountain. When ready you will climb about half way up the Khumbu Ice fall before returning back to Base Camp.

After a few days rest you will then climb up through the ice fall to the Western Cwm where Camp 1 is located, you will stay here for two nights before heading back down to Base Camp.

After resting at Base Camp for three or four nights the next part of your acclimatization will be to ascend up to Camp one for the night and then continue to Camp 2 at the base of Lhoste for a couple of nights. You will then make your descent down to Base Camp for a rest.

Once rested over a few days you then ascend up to Camp 2 for a few nights and on to Camp 3 for the night which is halfway up the Lhoste Face. This is followed by a descent all the way back to Base Camp.

By now your body should be getting used to the thin air making each ascent quicker than the time before. All of the above is done over many weeks to allow for your body and mind to adjust to the environment and the job in hand.

You will rest up at Base Camp for three or four nights or when weather window appears to start your summit attempt.

Before going back up the mountain for your summit attempt it is wise to take some time out by trekking back down a few thousand feet to one of the villages further down the valley for a couple of days. Here your body will recover quicker and it gives you the chance to relax and prepair yourself for the main event.

Summit day is usually during the month of May when the weather is more promising. If you are fully acclimatized and given the go ahead by your expedition leader then over the next few days you will make your summit attempt.

The summit push will see you ascend right up to Camp 2 for two nights and then up to Camp 3 for the night.

The following morning you will ascend up to Camp 4 on the South Col. At Camp 4 you will be breathing oxygen to help your body acclimatize and to keep you warm. It is important to rest as much as possible but just as important is to try and eat and drink. You usually leave Camp 4 for the summit between 9pm and midnight, aiming to be on the top of the world early in the morning. This gives you plenty of time to descend to Camp 4 or further down before it gets dark.

During the descent you will spend a night at Camp 2 to regain your energy before heading all the way down to Base Camp.

Most expeditions will have a routine of moving up and down the mountain but you must remember things like the weather, how you are feeling, problems on the mountain like an avalanche, ropes not fixed in place etc will have the last say to whether you move up or down or how many nights you spend in any camp.

The above acclimatization plan is used by many climbers but some teams spend time elsewhere acclimatizing rather than on Mount Everest itself.

If your team intends to acclimatize on Lobuche then this is probably the plan.

On reaching Mount Everest Base Camp you rest up for three days before trekking to Lobuche Base Camp.

You will rest at Base Camp for one or two days before ascending to its summit.

You then spend another night at Base Camp before returning to Mount Everest Base Camp.

Here you will rest up for three or four nights.

Leaving Base Camp you climb right up to Camp 2 for two nights followed by a night in Camp 3.

Returning to Base Camp you will rest up for three or four nights or when weather window appears to start your summit attempt.

The summit push will see you climb straight up to Camp 2 for two nights and then up to Camp 3 for the night.

The following morning you will ascend up to Camp 4 on the South Col. You usually leave Camp 4 for the summit between 9pm and midnight, aiming to be on the top of the world early in the morning. This gives you plenty of time to descend to Camp 4 or further down before it gets dark.

As you can see, to climb to the summit of Mount Everest and back down to Base Camp can take quite sometime. If everything is on your side it may take a day or two less but if all is not going to plan you may take longer or even not reach the top of the world.