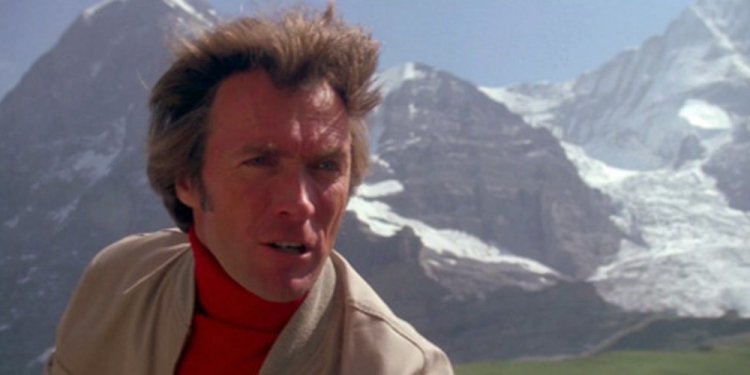 It seems that every couple of years, Hollywood gets the idea to make a movie with climbing as the main theme. For real climbers, these are usually amusing affairs with all kinds of technical blunders, improper use of gear and lingo, and general mayhem. God only knows what kind of impression it gives the general public. After watching a couple of these recently, I put together this list of the top climbing movies ever made. Leave a comment if you’ve got any good ones to add to the list!

A recent entry, I don’t know how this one went under the radar for so long. Rappelling off tunnels, water towers, and speed climbing up 5.4 slabs really keeps the excitement going. Suffice it to say that if you aren’t pumped to “Screw this, let’s go top roping” by the end of the movie, you may not have a pulse! You can read Tracy’s full review here.

I remember seeing this in the theater with a couple climbing buddies when I was in college. The opening scene depicts a ridiculous and overly dramatic sequence in which a climber decks from high on a desert tower after the rope had to be cut to save the rest of the party. We all burst out laughing, while the rest of the audience sat there in silence (and no doubt disgusted at our lack of decency.) The rest of the film was held to this same high standard, with plenty of nitro explosions and incredibly huge dynos with ice tools. Maybe this is what a climbing action comic book would be like.

Maybe one of the most widely viewed of the mainstream climbing movies due to the presence of actor Sylvester Stalone. It gave folks a lot of wrong impressions about the sport, like a harness buckle being able to bend like silly putty, or bolt guns that instantly set an anchor in any stone (Don’t we wish we could get our hands on one of those!). Of course its got the terrorist element, so some fun action makes it worth checking out.

I have to admit, we watched this movie almost weekly when I first got into climbing in high school. From the opening late night buildering to splitter granite cracks way off the deck to the intensity of climbing K2, we were hooked! Add in some witty banter, and this is a sure fire winner. It appears they did a decent amount of research for this one, as you wont find too many criticisms, like hey why is he clipped to this or doing it like that (See Take it To the Limit for that!)

Clint Eastwood and mountain climbing, how can it get any better? Clint Eastwood is an agent sent to “sanction” a climber in Europe. His training takes him up desert towers in Zion and Monument Valley and his mission comes to an exciting climax on the north face of the Eiger. This will probably stand forever as the best climbing related movie to ever come out of Hollywood. Enough said.

UPDATE: As many have pointed out in the comments, this list is only Hollywood style movies, not actual “climbing” movies.